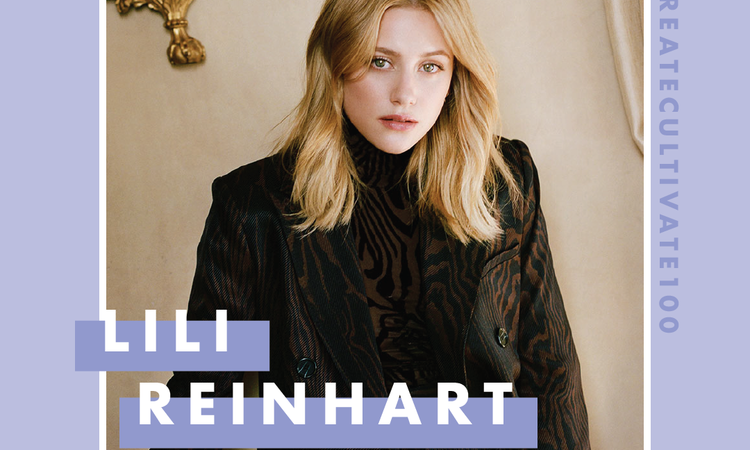 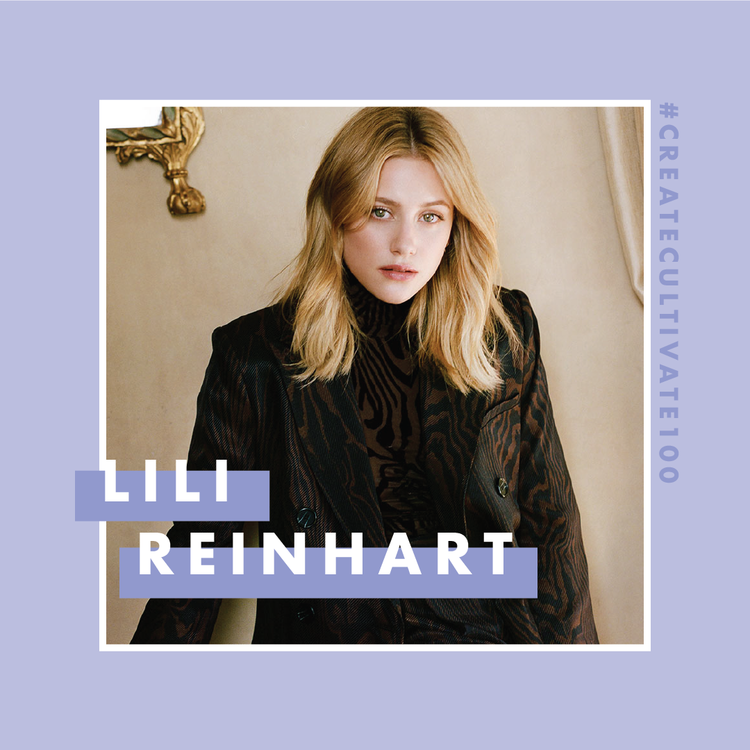 Lili Reinhart is wise beyond her years. Even after she scored a starring role on Riverdale, the subversive CW take on Archie Comics, she lost precisely zero percent of her humble personality. Talking to Lili is like talking to a best friend—she wants you to know about her rocky journey to Hollywood, her commitment to doing work she’s passionate about, and how she’s trying to post less about her personal life on Instagram.

When Lili’s first audition tape was turned down by the casting team at Riverdale, she didn’t take no for an answer. She somehow got another chance at auditioning, and the second time, she killed it. The rest, of course, is history.

Lili may only be 22, but she knows what she wants, and we can’t wait to watch her go get it.

You moved to LA alone at age 18. What advice do you have for other young women on chasing their dreams, even if they’re scary?

I think the most important thing to tell yourself is that it could take multiple tries in order for your dreams to come to fruition. I ended up moving back home to recuperate after my first time living in LA. I was there for 5 months, burned through my savings account and eventually had to go back home to save money. Nothing fell into place immediately, that’s for sure. I actually spent 2 months in LA when I was 16 as well, auditioning for whatever I could. My success didn’t happen overnight. I started auditioning for projects when I was 12 years old and finally booked my big Riverdale role when I was 19. Chasing your dreams is always going to be scary, but it will be easier if you remind yourself that it takes patience and perseverance for good things to come.

What’s been the biggest surprise or highlight of your career to date?

I think one of the highlights of this career has been the opportunity to travel. I grew up wanting to travel the world, but I had never even been to Canada when I booked Riverdale. Since then, I’ve gone to Paris, Mexico City, and all over the US for work-related press or conventions. Also I’ll be going to Milan in the springtime.

When you hit a bump or hurdle in your career, how do you find a new road + switch gears to find success?

Sometimes it’s all about being at the right place at the right time. It’s different for everyone, of course; no two paths towards success look the same. But, for example, with me… moving to LA was the right choice. It just didn’t workout the first time. It was only when I moved back again, did I have the chance to audition for Riverdale in person. It was the right project, the right role, and I was in the right city to audition in person. The stars had aligned when just a year earlier, they hadn’t. So I think it’d be harmful to think that a path or road isn’t working for you just because of one failed experience. I always say, keep trying. Exhaust the path, if necessary, until you need to find a new one.

What about your job makes you feel the most fulfilled?

It’s incredibly fulfilling to be a working actress. This is something that I’ve wanted to do my entire life. And to be honest, I didn’t have too much doubt about my making it in the industry when I was growing up. I felt discouraged and frustrated a lot, of course, but I think I always knew deep down that this was what I was good at and that everything would work out. Nothing else felt right. I didn’t give myself a plan B. I didn’t go to college to study anything else, I had no backup plan. I was going to be an actress. Period. So I think it’s incredibly fulfilling to be in the position where I am today. I’m glad I didn’t doubt myself, though at times other people saw my dreams as being unrealistic or out of reach.

On Riverdale, you play the beloved Betty Cooper. What would you say to people who might typecast you as a one-dimensional “girl next door” character moving forward?

I think that’s up to me not to be typecast, honestly. I have to choose the right roles for myself. I am not interested in auditioning or being part of projects where I would be playing the girl next door, or a young detective. I’m only seriously looking at projects where the role doesn’t remind me of Betty. It’s up to me to show my range in the upcoming roles that I’ll play. People can try to typecast me, but I’m not going to let it happen.

You’ve been pretty adamant about keeping your personal life out of the press. How do you handle the pressure to share your daily life that comes with being in the spotlight?

Hmm. I’m not sure I’ve done too good of a job at that, honestly. I like to say I’m going to keep my relationship private and my family-life private… but it’s hard. I’m an open person. I like to share things about myself and share glimpses into my world. Sometimes I share too much, or give too much of myself away. But it’s something I’m working on. I’ve only been in the spotlight for two years so I’m very much still learning my limits. One of my new year’s resolutions was to keep my life a little more private in general. I don’t need to share as much. It’s nice to have some mystery and not let the world know everything about where you are, who you’re with, what you’re doing, etc. etc.

What’s the best piece of advice you’ve ever been given?

The one piece of advice that really has held true for me is when I was told “Your heart will never lead you astray.” And it’s true. If I don’t feel passionate about something— I don’t pursue it. Let’s take roles for example: if I read a script and it has amazing producers, has a huge budget, big celebrities attached… but it doesn’t resonate or connect to me on a spiritual level, then I won’t pursue it. If something doesn’t give me butterflies or make me excited, it’s not worth my energy. I only want to give myself to things that strike a fire within me. And it can be hard to stay true to that in this business, any business or any aspects of life in general. But I plan on sticking with that piece of advice throughout my career.

Social media has been around for much of your life. How do you remain authentic in the age of Instagram?

I’ve realized recently how difficult it is for some people to remain authentic in their social media platforms. But to be honest, I’ve always been myself. I’m not trying to present myself in a different way or paint myself in the most beautiful light. I’m just me. I don’t think much about what I post, I just do it. That’s what keeps me authentic, I think. Also what get me in trouble sometimes, but whatever. If you’re actually having to stop and think or study whatever you’re posting… then it’s probably not coming very naturally.

Which women in your industry do you look up to most? Why?

I had the privilege of being in the audience for the Glamour Women of the Year Awards and I saw Viola Davis speak. I was hanging onto her every word. She’s such an incredible woman and speaker. I just think she’s so wise and has so much to say about being a woman in this industry. Lady Gaga also has always been an idol of mine. She’s so talented and, to me, she’s the kind of person you’d want to go to for advice. She’s outspoken and she has always had a vision for her work which I find very inspiring.

You’ve previously said you don’t want to do another 22-episode show because it takes up your whole life. What do you want to pursue next?

Films. My heart really lies in the film industry. Television has given me the most incredible opportunity to create a platform and have a consistent job. Also, I’ve met some of the most important people in my life through Riverdale. But at the end of the day, I want to be in movies. So I hope to pursue film projects when I’m on hiatus from Riverdale each season, for however long we run. It would be a dream of mine to be in a 19th or 18th century period piece. Maybe someday.